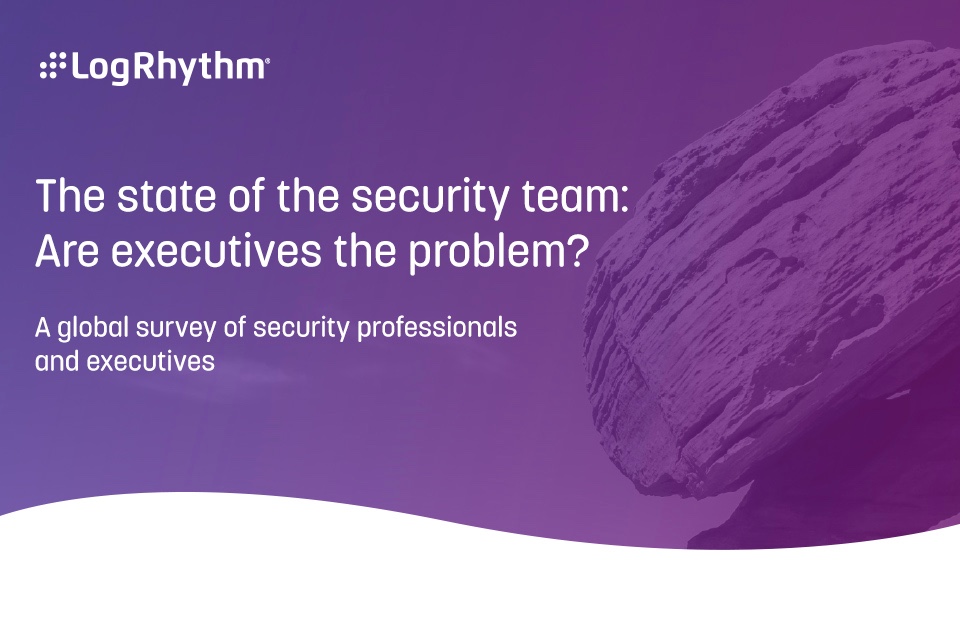 The state of the security team: Are executives the problem?

A global survey of security professionals and executives by LogRhythm

Amid a slew of statistics on how job stress is impacting security professionals, we sought to learn the causes of the tension and anxiety — as well understand potential ways teams might alleviate and remediate the potential of job burnout.

“Now, more than ever, security teams are being expected to do more with less leading to increasing stress levels. With more organisations operating under remote work conditions, the attack surface has broadened, making security at scale a critical concern,” says James Carder, CSO and VP of LogRhythm Labs. “This is a call to action for executives to prioritise alleviating the stress and better support their teams with proper tools, processes, and strategic guidance.”

When asked what causes the most work-related stress, not having enough time is cited by 41 percent and working with executives by 18 percent. In fact, 57 percent of respondents think their security program lacks proper executive support — defined as providing strategic vision, buy-in and budget.

In addition, security professionals cite inadequate executive accountability for strategic security decisions as the top reason (42 percent) they want to leave their job. This is a worrying statistic, given that nearly half of companies (47 percent) are trying to fill three or more security positions.

If you are leading a security team or part of a SOC, hearing that stress is increasing in your space is likely no surprise. To keep up with the threats facing your organisation, it is clear there needs to be a cultural shift — and it must start at the top. It is no longer just the responsibility of a CISO or CSO. To ensure a company is secure, the board and executive team must supply their security team with the strategic guidance, a healthy budget, and the proper tools required to effectively do their jobs.

Further information is available in the full report, available from the LogRhythm website. 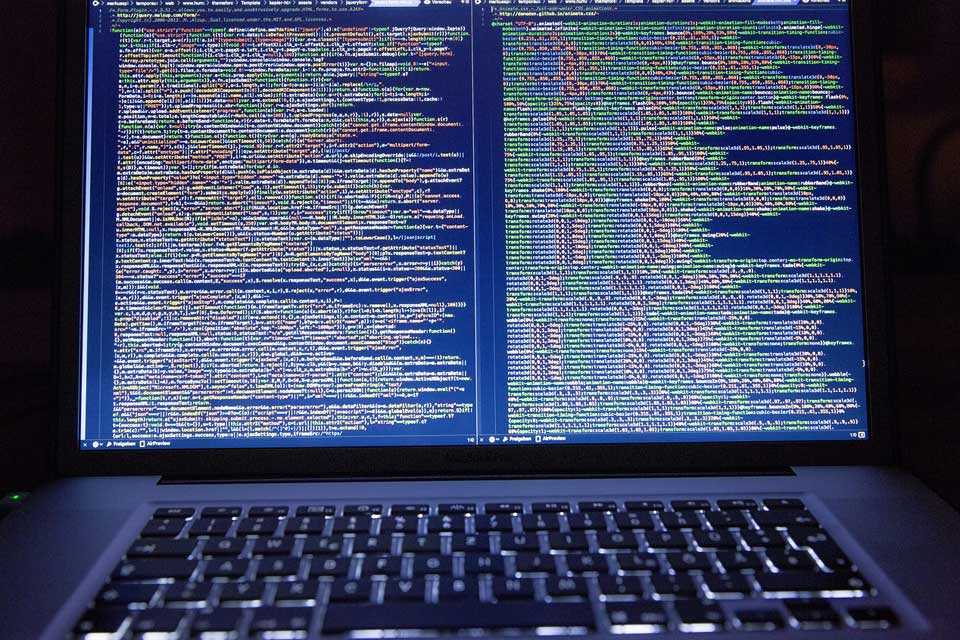 A recent report by security intelligence firm LogRhythm has revealed that less than half of the organisations it monitored was able to detect a cyber security breach within an hour.

The research study, ‘Cybersecurity: Perceptions & Practices’, also found that less than one-third said that even if they detected a major incident, they would be unable to contain it within an hour.

The study, conducted by Widmeyer, which surveyed 751 IT decision makers from the US, UK and Asia/Pacific, also revealed that a majority of organisations are only moderately confident in their ability to protect their companies against hackers.

“Cyber threats continue to grow in volume and intensity. Seemingly every month, another massive security breach dominates the headlines,” said Matt Winter, VP of Marketing and Business Development at LogRhythm. “To combat these threats, organizations need to carefully plan their budgets and strategies, while developing effective programs that tackle specific threats and keep them one step ahead of cyberattackers.”

The Current State of Security Maturity

Many companies are focused on growing their security maturity, and team size is an important indicator. The survey revealed that, on average, companies employ 12 cybersecurity professionals in their organization. However, more than half of the respondents said that they employ 10 orfewer professionals on their teams.

Special threat detection programs are another indicator of security maturity. This study found that most decision makers—more than 70 percent of respondents—have programs in place to detect specific threats, such as ransomware, insider or employee threats, and denial of service attacks. The vast majority of IT decision makers—95 percent—also use security software to prevent and react to threats. And more than a quarter deploy at least 10 security software solutions to manage security threats.

When it comes to confidence levels, about half of security decision makers believe that a determined hacker can still breach their organization. In fact, over one-third reported that their company has experienced a breach in the past year—ranging from 29 percent in the United States to 39 percent in the Asia-Pacific region.

When specifically asked about level of confidence, these decision makers revealed that they have only moderately positive confidence in their cybersecurity measures and abilities—suggesting an attitude that is more hopeful than truly confident.

Similarly, most IT executives—over 60 percent—are only somewhat confident that their security software can detect all major breaches. Likewise, they are only moderately confident that they can protect their companies from hackers.

In addition, the level of confidence in one’s security is also swayed by other variables, such as the implementation of programs that target specific types of threats. For instance, decision makers who did not report having programs to protect against threats such as ransomware, insider threats, and service denial attacks are less confident in their security programs. Unsurprisingly, that same segment reported slower rates of detection, response, and containment.

Ability to Respond to Cyberthreats

There are many factors that enable a security team to quickly detect and respond to an incident, including technology, process, programs, and people. When it comes to technology, a strong majority (nearly 80 percent) of IT executives said that a platform for security management, analysis, and response is beneficial—though only about a third rate such a platform as very beneficial. This response may reinforce the notion that true security confidence cannot be created with technology alone.

When asked to consider how their organization is operating from a Threat Lifecycle Management perspective—as an approach that includes discovery, qualification, neutralization and recovery from cyberattacks—IT executives were not overly optimistic. About a third of all respondents reported that they need help at virtually all stages in the TLM workflow, especially detecting, investigating, neutralizing, and recovering from cyberthreats.

Security organizations need adequate funding to effectively fight cybercrime. However, the study found that the percentage of resources allocated to cybersecurity from the overall IT budget is often on the low side. Overall, one-third of executives allocate 10 percent or less of their IT budget to security. Regionally, the U.S. had the lowest rate, and Asia-Pacific the highest.

The full results of the survey can be found here https://logrhythm.com/cybersecurity-perceptions-practices-survey-white-paper/ 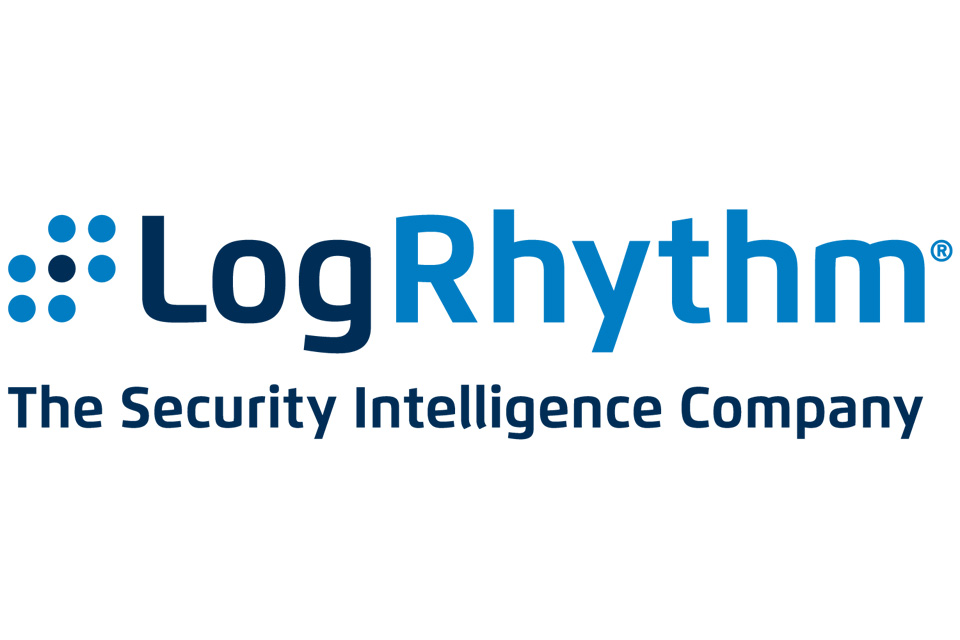 LogRhythm, the leader in security intelligence and analytics, empowers organisations around the globe to rapidly detect, respond to and neutralize damaging cyber threats.

In addition to protecting customers from the risks associated with cyber threats, LogRhythm provides unparalleled compliance automation and assurance and enhanced IT intelligence.

LogRhythm, a leader in Threat Lifecycle Management, empowers organisations around the globe to rapidly detect, respond to and neutralise damaging cyberthreats.

In addition to protecting customers from the risks associated with cyberthreats, LogRhythm provides compliance automation and assurance, and enhanced IT intelligence.

Among its many industry accolades, LogRhythm has been positioned as a Leader in Gartner’s SIEM Magic Quadrant, received SC Labs’ “Recommended” rating for SIEM and UTM for 2017 and won “Best SIEM” in SANS Institute’s “Best of 2016 Awards.”