UK businesses subjected to one cyber attack every minute in 1Q19 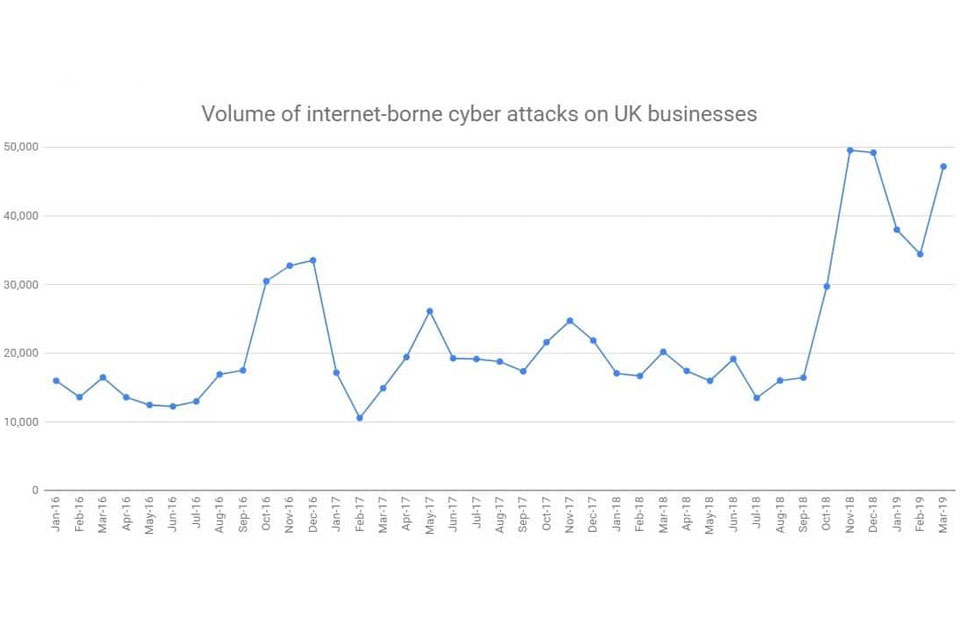 UK businesses were subjected to 119,659 internet-borne cyber attacks each, on average, in the first quarter of 2019, according to analysis by Beaming.

This rate of attack, which equates to one every minute, was more than double that experienced in the first three months of 2018, when companies were attacked online 53,981 times on average.

Between January and March 2019, Beaming’s cyber security analysts identified 442,091 unique IP addresses that were being used to launch cyber attacks over the internet on UK businesses.

While 51,004 of these could be traced to locations in China and a large amount of attack activity continued to originate in Brazil (32,386) and Russia (31,131), there was also a threefold increase in the number of IP addresses in Egypt (36,282) used to attack UK businesses in the first three months of the year.

Remotely controlled IoT applications and file sharing services were the most likely targets for online cyber criminals, attracting 201 and 114 attacks per day respectively between January and March.

Sonia Blizzard, managing director of Beaming, said: “Cyber attacks continue to be a clear and present danger to UK businesses and the IT infrastructure they rely on. Business leaders should be wary, the rate of attack has been at historically high levels since October last year. Since we started tracking cyber attack activity just over three years ago we’ve come to expect that businesses will be attacked around 20,000 times a month on average. At the moment we are seeing twice that level of malicious activity online.”

“While there is plenty that we can do at a network level to minimise the threat of online attacks, businesses need to take cyber security seriously, educate employees and put in place security measures such as managed firewalls to ensure they don’t expose themselves to undue risk.”